On October 21, 2011, the marker for the town of Choanoac was unveiled at Mount Pleasant Missionary Baptist Church in Harrellsville.  Coordinated by the CDG, the dedication event was a collaboration involving the Harrellsville Historical Association, Mount Pleasant Missionary Baptist Church,  Harrellsville Baptist Church, the Meherrin-Chowanoke Indian Tribe and the Roanoke-Chowan Community College.  Many government officials and academics were among the attendees.   The marker was unveiled by Choanoac descendants, most of whom grew up in Hertford County.

The marker is located at the intersection of NC 45 and Swain’s Mill Road which leads to the Choanoac site on the Chowan River.  The town of Choanoac was the largest coastal town in North Carolina in 1586 when the second English expedition on Roanoake Island explored the Chowan.  The Choanoac people controlled the Chowan River – then called the Nomopana – from the Virginia border to the Albemarle Sound.  The meeting of the Choanoanc and the English was the first recorded event in the Roanoake-Chowan area. news article | gallery 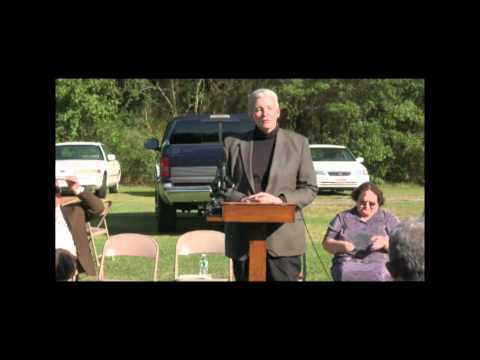 The marker for Parker David Robbins,

one of the most accomplished figures of the Winton Triangle, was dedicated on January 16, 2012 in Robbins’ final home of Magnolia, NC.  The dedication event, planned in partnership with the Duplin County Historical Association, began at 10am at the Duplin County Events Center in Kenansville, NC.   Civil War re-enactors and representatives of the North Carolina Office of Archives and History and the North Carolina History Museum participated.  The town of Magnolia hosted a lunch after the unveiling.

Robert Lee Vann was born in 1879.  He grew up in Ahoskie and Harrellsville, graduated from Waters Training School in Winton, and in 1910 began his law career in Pittsburgh.  Under his stewardship,  the Pittsburgh Courier grew from a one-sheet local paper to a national African-American newspaper with the largest circulation.  Vann made tremendous efforts, using law, politics and journalism, to promote rights and equal opportunity for all Americans.   The Robert Lee Vann Highway Historical Marker, located at the intersection of US 13 and NC 561, was erected in Ahoskie on April 20, 2012. Radio interview link.

In 1585, the second English expedition to North Carolina visited and later attacked the town of Dasemunkepeuc, which was on the mainland across from Roanoke Island.  The third English expedition, led by John White, attacked it once again in 1587, and Dasemunkepeuc, like the Lost Colony ceased to exist. The Roanoke Indian Tribe hosted the dedication event in August, 2013 in Manteo.

Also in 1585, the town of Aquascogoc welcomed the English.  Because of a lost silver cup, the English explorer Richard Grenville burned Aquascogoc and its crops.  This was the beginning of a series of English hostilities toward Carolina Algonkians that boded ill for the Lost Colony when they arrived in the summer of 1587.  The town of Belhaven in Beaufort County is the site of Aquascogoc.

The North Carolina Colored State Fair (1879 – 1930) was founded by the North Carolina Industrial Association (NCIA) to “encourage and promote the development of the industrial and educational resources of the colored people of North Carolina, and to gather statistics respecting their progress in the various pursuits and customs peculiar to civilized and enlightened Nations, to hold annually an exhibition of the progress of the industry and education…”.  The main annual event of the NCIA was the North Carolina State Colored Fair that ran from 1879 to 1930.  The fair’s objective was “to place before the world every evidence of our progress as a race which it is possible to secure.” The North Carolina Colored State Fair represented efforts to promote the industrial, business, educational, agricultural, and community ideals of people of color – significant to the advancement of a state and a nation.  The marker is located on the 2600 block of Hillsborough Street near Pogue Street in Raleigh.

The North Carolina Colored State Fair represented efforts to promote the industrial, business, educational, agricultural, and community ideals of people of color – significant to the advancement of a state and a nation.  The marker is located on the 2600 block of Hillsborough Street near Pogue Street in Raleigh.  Dedicated in April 2018.